We offer custom business-oriented desktop software development service that is secure, robust and efficient for businesses to scale up and increase productivity.

We operate from Shillong while we are serving the nation and beyond with our software development services.


Nothing. You only need to have a clear picture of your software requirement and business needs, and everything else will be explained and demonstrated by us.
75% of our desktop application development work uses C#, Java or Python with up-to-date frameworks.
Yes. However, we ensure that libraries license can be purchased.
That depends entirely on your application requirement (feature and functionalities) and your project budget.
However, with us, it will be budget friendly and we assure you of that.
We set milestone for the project deliverables and keep you updated with email/call/skype/meeting.
Lifetime, if any problem occurs in a defined scope, and for everything else, you can opt to our Annual Maintainance Cost.
Yes. We have served clients from around the world and we did it efficiently.
You. Upon completion of the project, we will hand over the software's code, documentation and credentials, along with the software rights to you.
Never happened. However, we authorize you to set a clause for that in our agreement.
Write us at contact@codigion.com or fill the form in contact us page, and we will reach you back to get connected. 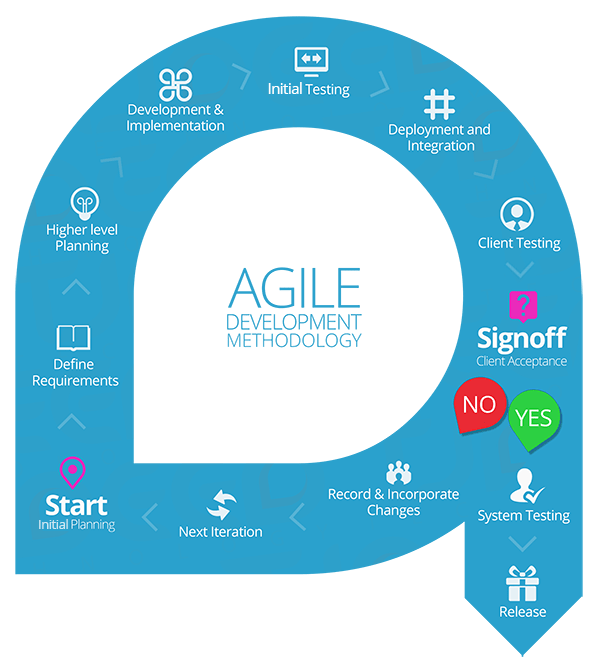 Desktop Application Software is a computer software designed for desktop user to help user achieve certain task or activities, classified as per black-box approach (i.e., based on the input and output) or more specifically, based on programming language, operating system (platform-specific or cross-platform), use rights (open or closed source) or purpose (use of software).

Before talking about the tools required for desktop application development, let us just understand the difference between platform-specific software and cross-platform development.

For example, I have an Intel processor, installed with Linux on it. I have started coding in C language; compiled the source code with GCC. Now, the code (Assembly code and the binary code) generated in this context cannot be run on other hardware - may be on an AMD processor. This is called platform-specific.

Suppose that I’ve compiled the same source code using target GCC cross-compiler (GCC supports cross-compilation), then the code can be ported on to the target machine successfully.

The difference between these two approaches is the compiler used for application development. Hence, a cross-compiler helps developing an application that runs irrespective of the underlying hardware.

Meteor is similar to Haxe but with the extra tools and frameworks that help in the development of desktop applications, web applications, and mobile applications too, written in Node.js. It uses MongoDB, in order to auto-propagate the changes without the developer interface. Meteor allows the developer to handle both the front and back ends of an application. Meteor is also an open source platform.

Haxe is a completely open source package that comes with the compiler, set of libraries, tools for cross-compilation and Haxe-based framework, that is extremely powerful to develop desktop applications. Haxe is a single code base that allows developers to develop desktop gaming applications also. The compiler packaged with Haxe is capable of producing source code in different languages for a wide range of platforms. However, as Haxe is one of the most advanced tools for desktop application development, the latest versions are not yet stable.

8th is the desktop application development platform that allows developers to develop applications for a wide variety of platforms, including the embedded operating systems - Windows, Linux, Mac OS, Raspberry Pi, and Android. This cross-platform toolkit helps the developers create applications for all these platforms from the same source code, maintaining the same UI across all of these platforms. Other major features of 8th are - support for encryption, database support, hardware access, REST (REpresentational State Transfer) access, REPL (Read-Eval-Print loop) and L10N (Network localization) support.

It is a software development methodology which results in small incremental releases. Each of these releases is based on the functionality of the previous release. The Agile methodology is implemented when new features are being added a different instance of time during the project development. Hence, the final product is the result of the evolution of application development. It involves self-organizing and collaborative teams that result in continual improvement and early delivery of the product.

This methodology is the layman’s approach to software development. It involves five steps - Gathering requirements, Designing, Implementation, Verification, and Maintenance. There is no specific point in this approach to iterate a given step i.e. if gathering requirement step is said to be completed, then there is no going back to alter the requirement. Then comes designing. If designing is completed, it is not altered but the Implementation step is started and verified accordingly. As this methodology does not allow iteration of a step in the development, it has the last step called Maintenance, where all the alterations are usually performed. The major advantage of this approach is that it has the least number of iteration when compared to other paradigms.

The major aim of Cleanroom methodology is to develop a certifiable level of reliability in the final software. The context in which defect is to be prevented rather than removed is where the Cleanroom development methodology is used. It uses an iterative toward the end product, where the product is developed over iterations, which ultimately enhances the implemented functionality. At the very initial stage of the development, standards of the end product are set and at each iteration of development, quality is measured and compared against the standards. If the standards are met, the next iteration is initiated. Otherwise, the iteration is restarted.

Spiral methodology is a special approach to software development. Unlike other paradigms, this is a risk-driven methodology. Based on the pattern of the risks caused during development, the Spiral model manifests to adopt requisite elements from other methodologies like incremental development, waterfall development or evolutionary prototyping development. The prime implementation of this paradigm is when a project is facing repeated risks.

The V-model paradigm demonstrates the relationship between a given phase of development and the respective phase of testing. Verification and Validation are the two steps to be followed in the V-model methodology. The Verification step has the four phases Requirement analysis phase (User requirements are collected and analyzed) , System design phase (Feasibility of the user requirements is verified and the system architecture, modules, and interfaces are defined) , Architecture design phase (Selecting the architecture that meets all the requirements, usually called high-level design) and Module design phase (Original coding part starts here, after dividing the project into modules, usually called low-level design). The Validation step has the four phases Unit testing phase (Testing of every smallest entity that can exist independently, called Units), Integration testing phase (Testing the coexistence of different units), System testing phase (Functionality testing of the application) and User acceptance testing phase (Verifies if user requirements are met).

If you need our service, let us guide you!